[ServiceNow] Are single events really sent from Dynatrace to ServiceNow?

I have integrated Dynatrace with ServiceNow and I am sending "Problems" from Dynatrace to ServiceNow incidents and events tables.

The documentation says "All single events that are correlated with a Dynatrace-detected problem are sent to the ITOM event table (em_event)". However this is not the case with my environment. Dynatrace is only sending Problems but not single events. What I consider singles events are the events that show up under Events on the host details page. Why are these events not sent to ServiceNow when the documentation says that all single events are sent to ServiceNow?

This is the link to the documentation https://www.dynatrace.com/support/help/integration...

Could someone please tell me if single events are really sent to ServiceNow or only Problems? 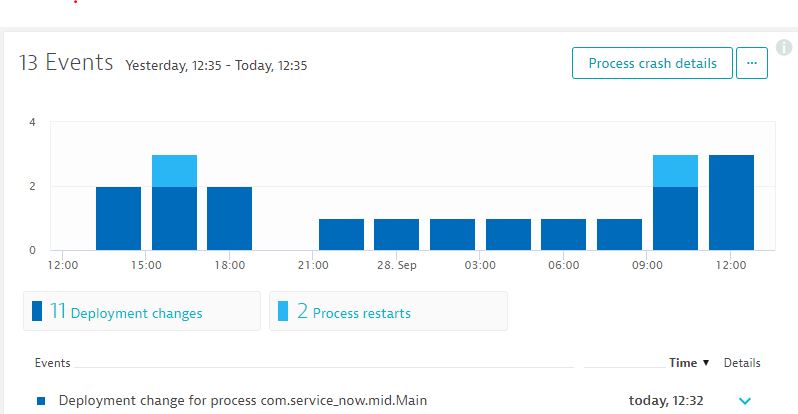 Did you enable the 'ITOM toggle'? As the help page already states, Dynatrace only sends those events over to ITOM that are part of a problem. So the deployment events shown above are not sent over to ITOM by design. 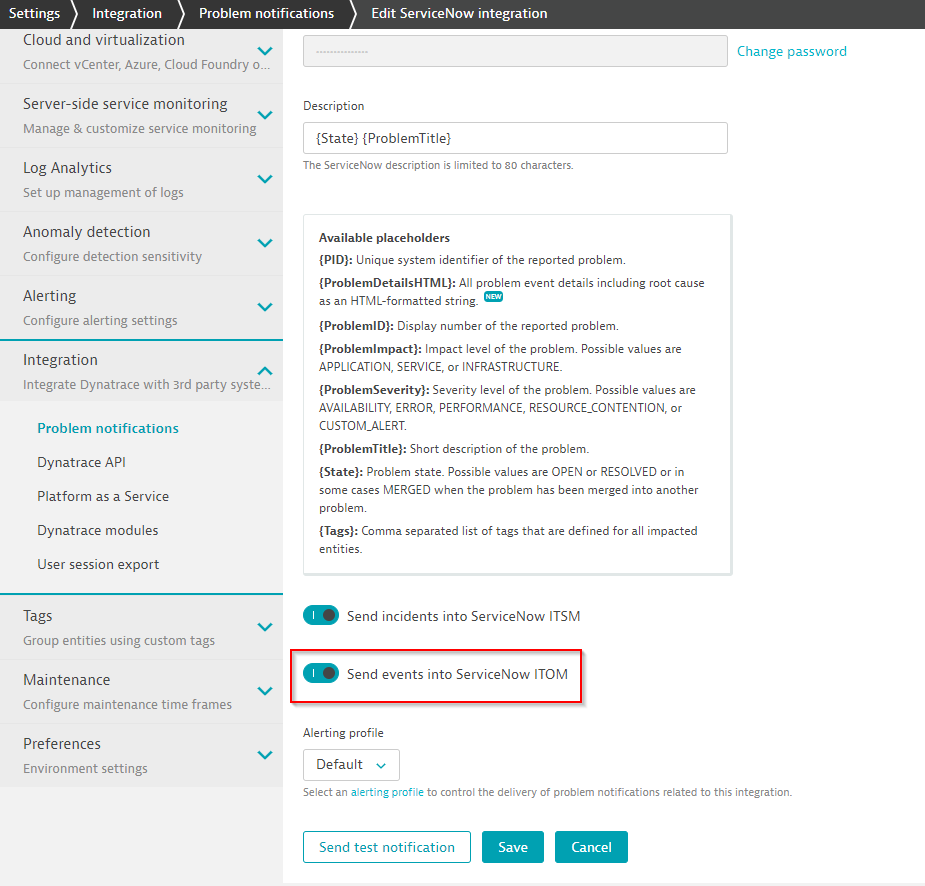 Thanks for the answer. Yes, I have enabled the ITOM part but what I can see is that Problems in Dynatrace end up as Events in ServiceNow.

So If I understand you correctly when I open a problem in Dynatrace and see some events under the Events tab which are are not deployment events they will be sent to ServiceNow. In the end what Dynatrace sends to ServiceNow is the problem itself and the events that are part of the problem. And all of them will be shown as separate records in ServiceNow. Is this correct?

Let's take the attached screenshot as an example. Dynatrace will create two records in the Events table in ServiceNow. One records which says "2 applications: User action duration degradation" and another one which says "Transaction Failure - BAD". Is this correct?