There is an ad blocker in the Google Chrome extensions called uBlock Origin. The default settings on this extension will block UEM requests (any URL with the string "dynaTraceMonitor" or "dynatracesaas.com". It uses 3rd party rules from EasyList. Specifically the strings can be found in the EasyPrivacy rules. There may be other ad blockers that also use this list.

Obviously this raises concerns about the potential impact on UEM data. A couple of questions here:

Does Dynatrace have a strategy for addressing this?

This may be a relatively small subset of users. Is there an easy way to quantify the percentage of requests/visits that are currently impacted?

I don't think there would be a good practical solution to seeing how many UEM signals may be blocked. If the signal is being prevented from coming back there wouldn't be anything indicating something is missing apart from PurePaths that can't be tied back to a user action (which is not that uncommon regardless). Given that one action can have numerous PurePaths associated with it I don't think charting the number of actions against the number of PurePaths would be helpful either and bigger differences between them could indicate other issues not just missing user actions.

Perhaps finding actions that are common and generate a user action as well as a very similar server-side purepath could be useful. Something like creating a measure for page action count "loading of /index.html" and one for web request count "/index.html" where there would normally be 1-1. Then you could look at the difference between these two over time (although of course some bots and other things that don't have an actual browser would also be generating server-side PurePaths but never user actions so that would need to be considered as well.

I imagine getting some data on the percentage of users that use such blockers would be one way of estimating the impact, although given that the demographic of visitors of a site will likely have a very different likelihood of using an ad blocker (browser of a tech site as opposed to a retail site) this may only be of limited value as well.

I can't speak for a Dynatrace strategy but when it comes down to it they are the users' devices and if they have a way of blocking any sort of tracking while still being able to use the site then that I don't think there is any reasonable (or appropriate) way of stopping or trying to stop them. I know that ad companies feel the impact of this a lot more than just user experience management.

We are aware of the situation and for UEM there are 3 settings that are potentially interesting to change if Ad-blockers become an issue. In the global settings you can rename the dynaTraceMonitor signal and the name for the JavaScript file which will help for most ad-blockers 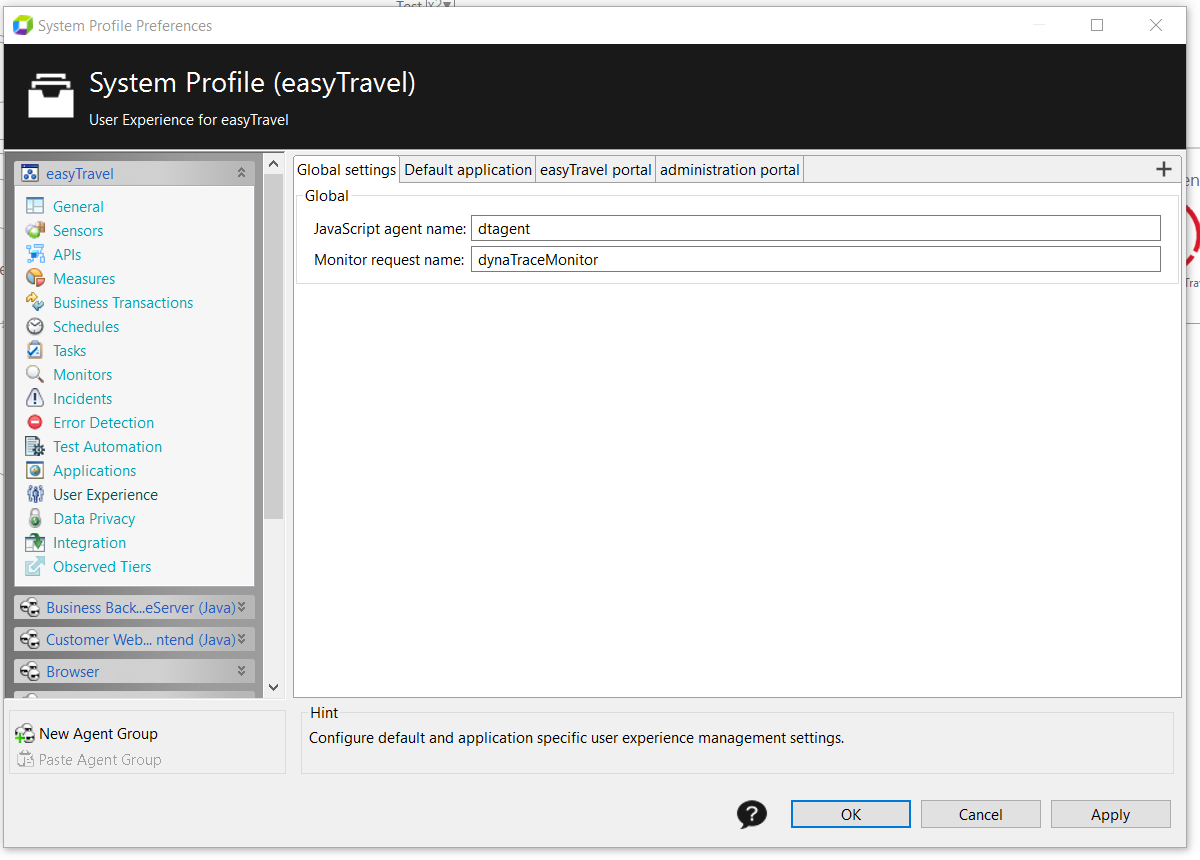 and additionally per app the following application settings.

This seems to be enough to have monitoring back on.