I am looking at a purepath tree showing 2 calls to a run() method, both part of asynchronous threads. "CPU Total" for those calls is 19.72 and 83.08, and "CPU" is 0.00 for both. This tells me that the methods called by run() are instrumented; in other words, everything done within the run() calls is accounted for. However, if I drill down from that purepath to the Methods dashlet, it shows the 2 calls to run(), but the "CPU Sum" is 88.21, which doesn't seem to agree with the figures on the call tree.

The definition of "CPU Sum" on the Methods dashlet is CPU "within this method only", which sounds like it should agree with "CPU" on the call tree ("CPU consumed within the method itself"). However, I am unable to reconcile the two sources. "CPU Sum" from the Method dashlet does not agree with either "CPU" or "CPU Total" on the purepath tree. Screen shots attached. 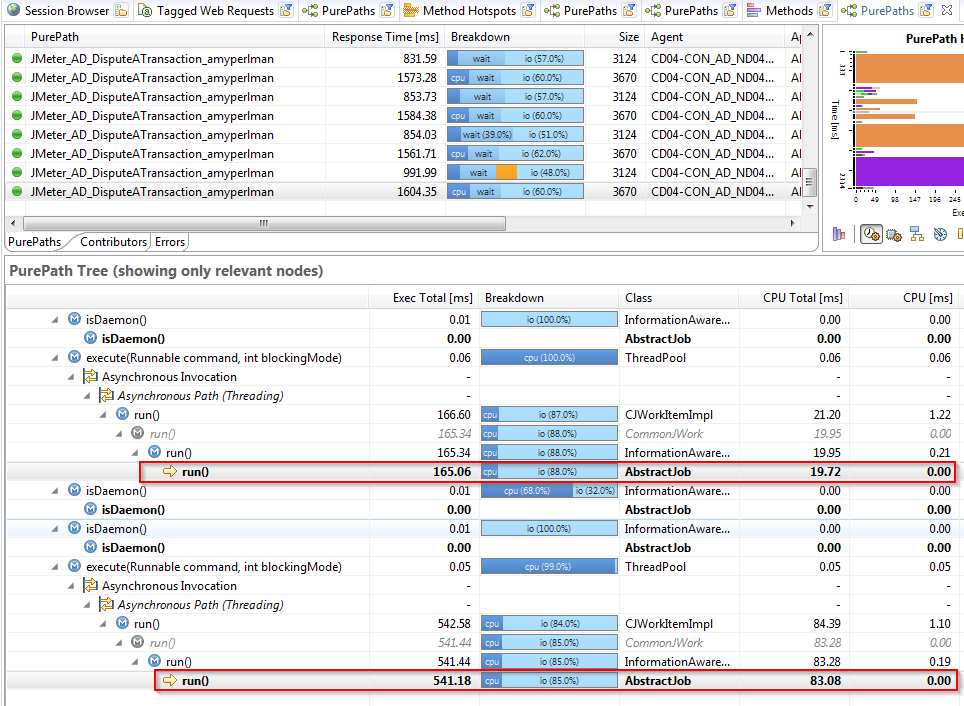 Looks like a bug to me. Can you open a ticket?

Hi @Glenn M. , did you find out the issue here?