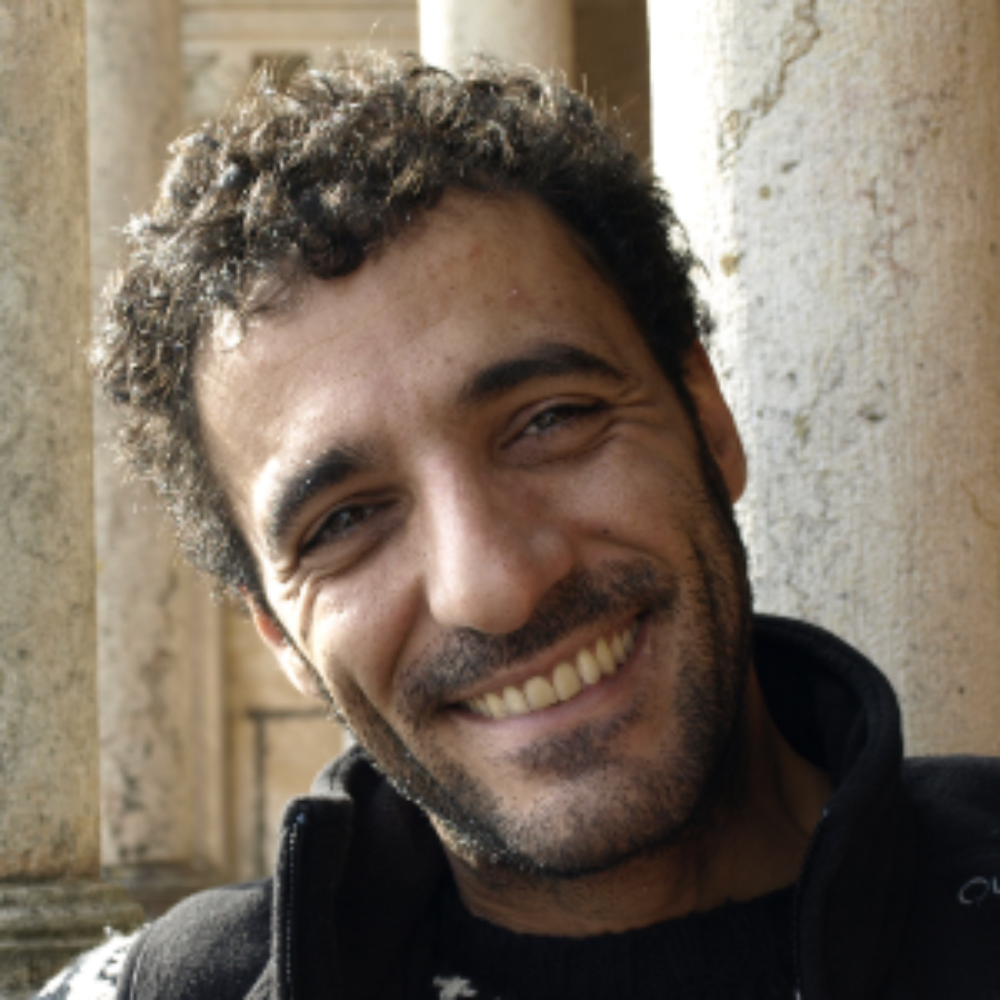 we have a BT that
makes a split for the measure “Country of Visits”, but the following error
appears: 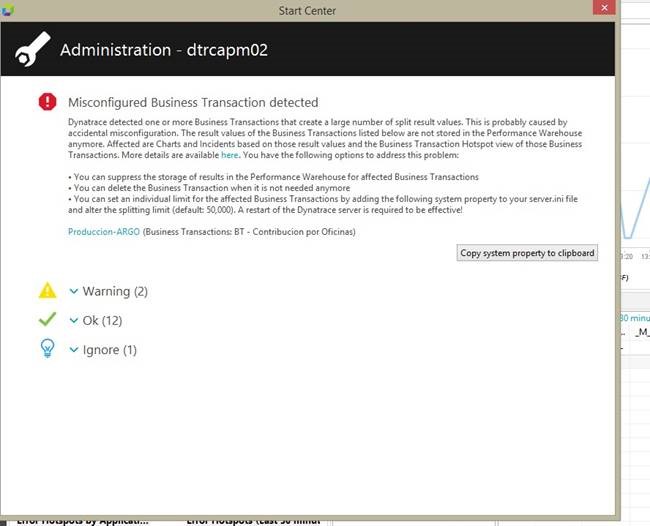 Can someone help me?
How can I know the network contribution and server contribution from each
geographical locations? 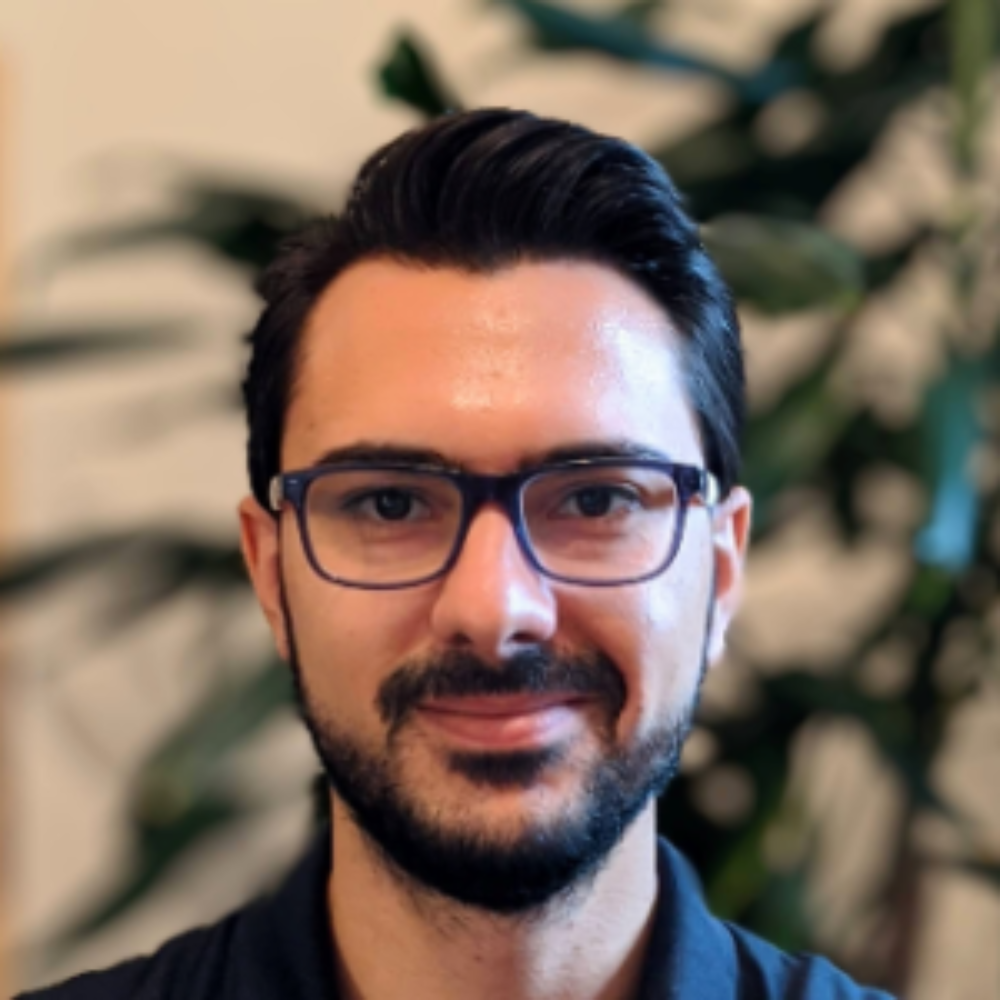 It's clearly not working as intended since there's only 195 countries in the world and our built-in limit for splittings is 50,000 before we disable the BT.

The BT definition is: 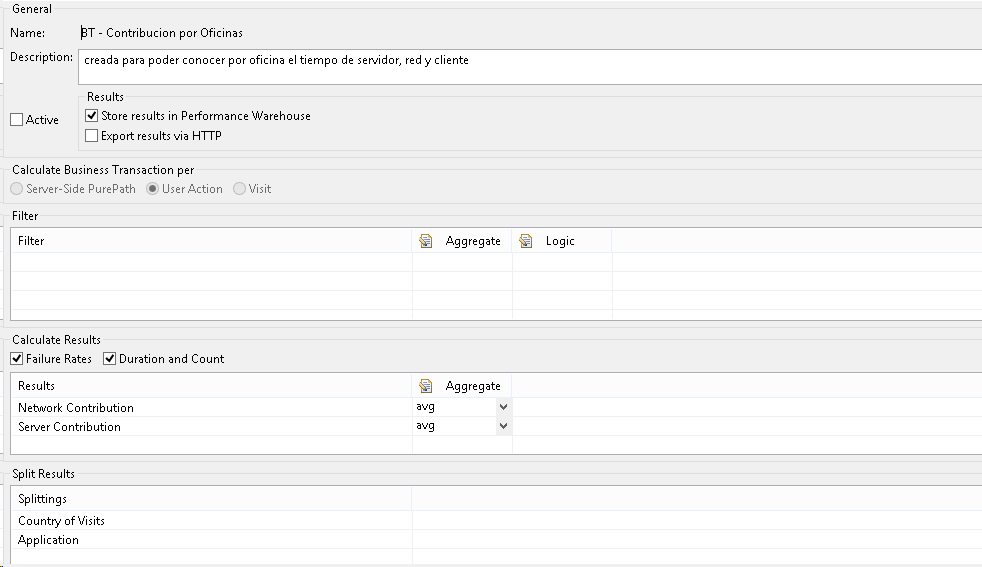 This is measure Country
ofVisits:

And this should be the
result: 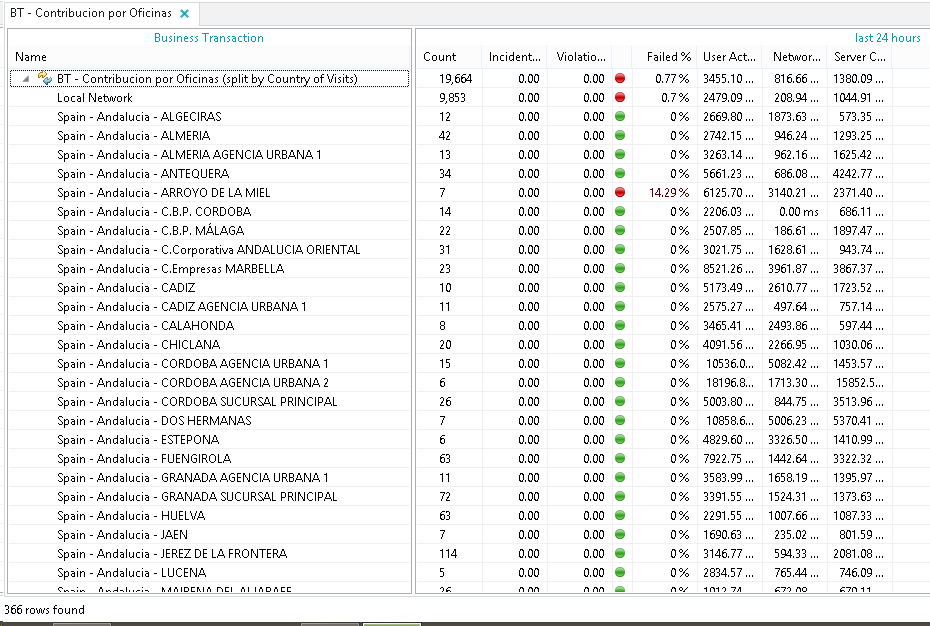 thanks and best regards,

From what you posted I see that the 'Country of Visits' has been modified to get more granular level of detail. This granular detail, overall, seems to have breached the 50k built-in limit for splittings.

More about excessive splitting can be found here

Finally, if you think that there's no way this BT definition could have generated >50k splittings, it may be possible that the current BT has gone through a few configuration changes and it used to be more aggressive on splittings before this current definition and nobody cleared the previous config data from the system so old splittings might still be in with the new ones. If this sounds familiar then I would recommend first clearing all data from performance warehouse and see if the 50k limit is still reached.