As shown in screenshot: 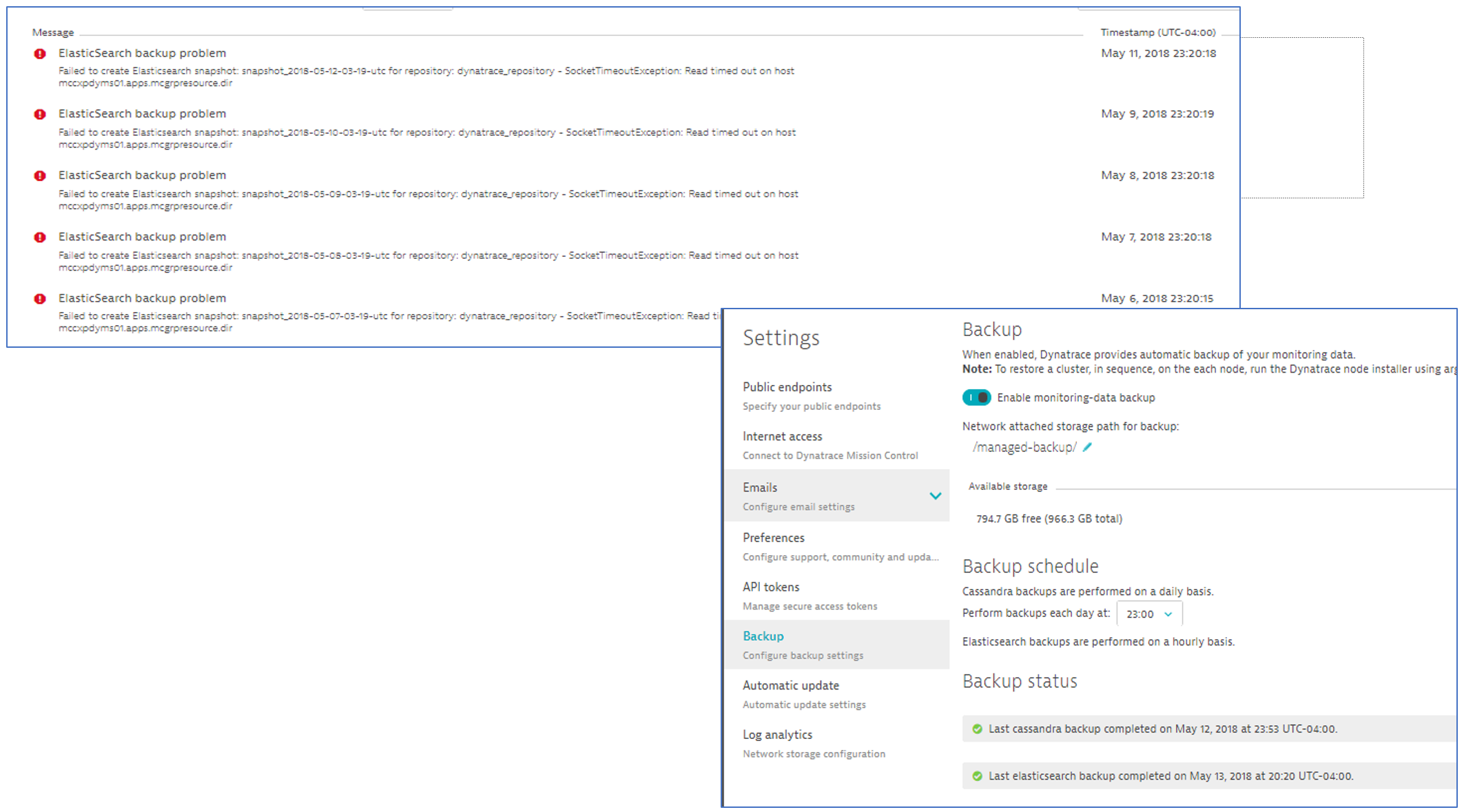 I don't see any dates that had successful backups on the same dates that you had the failure messages. Unless there's more, it looks to me like you had connectivity issues of some sort up though the 11th and the 12th was the first night it was able to complete successfully. Based on the times you see that success message it looks like the 12th had a lot of work to do to catch up hence taking almost an hour and the next night it only took 20 seconds.