I am trying to figure out how to configure Dynatrace in such way, that several requests would be combined into one transaction, and make Dynatrace track and measure such transactions.

Why we need this:

In performance (load) testing we usually do not work with particular requests, we measure response time and performance of groups of such requests (transactions) that represents singular user actions.

For example. User clicks a button, that loads different page - several request are being sent to backend - but it is a singular action from user pint of view, therefor whole exchange with backend should be measured as one.

(how it looks in JMeter)

I have tried to achieve that using request attributes and naming rules.
I have marked all the requests within transaction with the same attribute, and then applied singe naming rule for all requests that have such attribute.
So, in "Transactions & Services" -> "View Dynamic Requests" I can see these tagged requests being combined in groups (that represent transactions in load script). 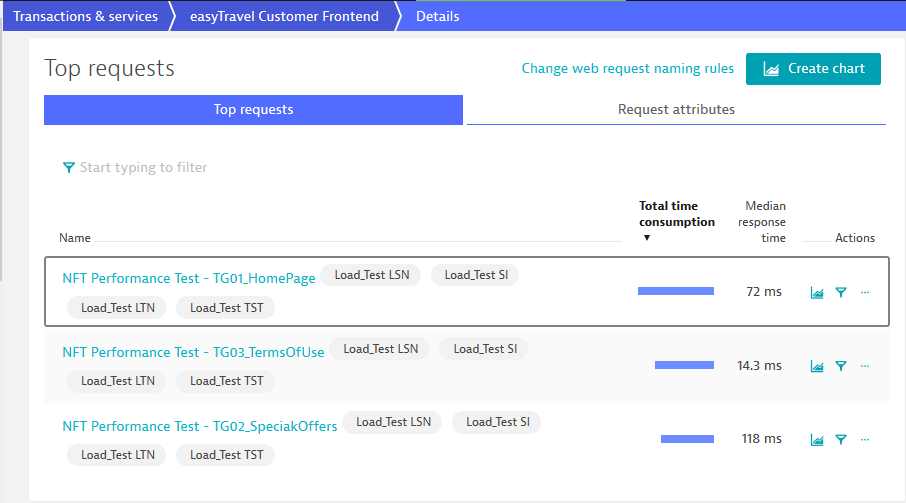 And in "top web request" I can see breakdown with statistics for each particular request within transaction. 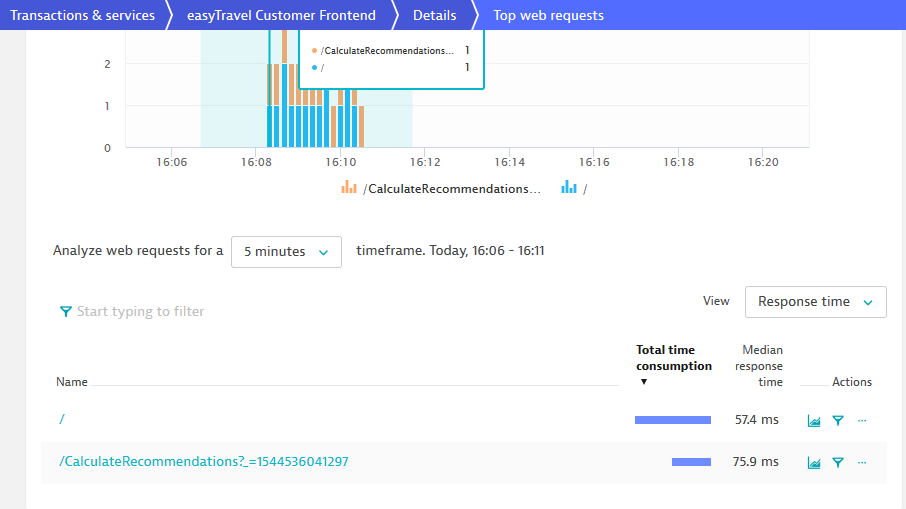 But.
With this setup, Dynatrace do not calculate response times as sum of response times of requests within.
Is there any way to make Dynatrace treat such multi-request transactions as one entity?

Would appreciate any guidance,
Thanks.

Did you try web request naming rules for that.

Request-naming rules enable you to change how requests are grouped together in charts, baselining, and performance analysis.

It should do the trick.