Is it possible to show the the load division when a service that runs mutiple instances (maybe per host). Or do I need to split up into multiple process groups first?

Sure you can... Use the instance filter in service details view (available only when multiple instances of the same service do exist:

Or it is also visible in the Service Flow, just be sure you select the infrastructure tab: 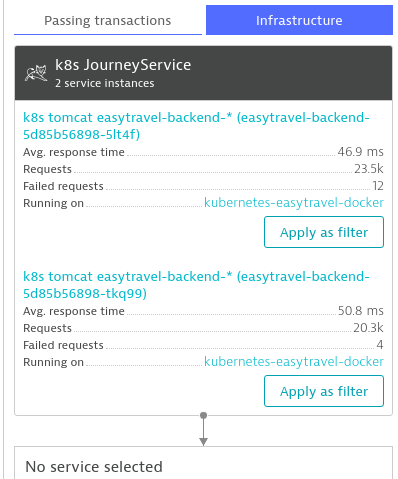 One more to think about,

suppose a number of services are hosted on one specific tomcat. When you start a second instance of that tomcat I assume we can not split all those request to the two tomcats?

So undo the splitting in services and re split per tomcat instance,

So basically see if a load balancer works,

I believe you can do so: 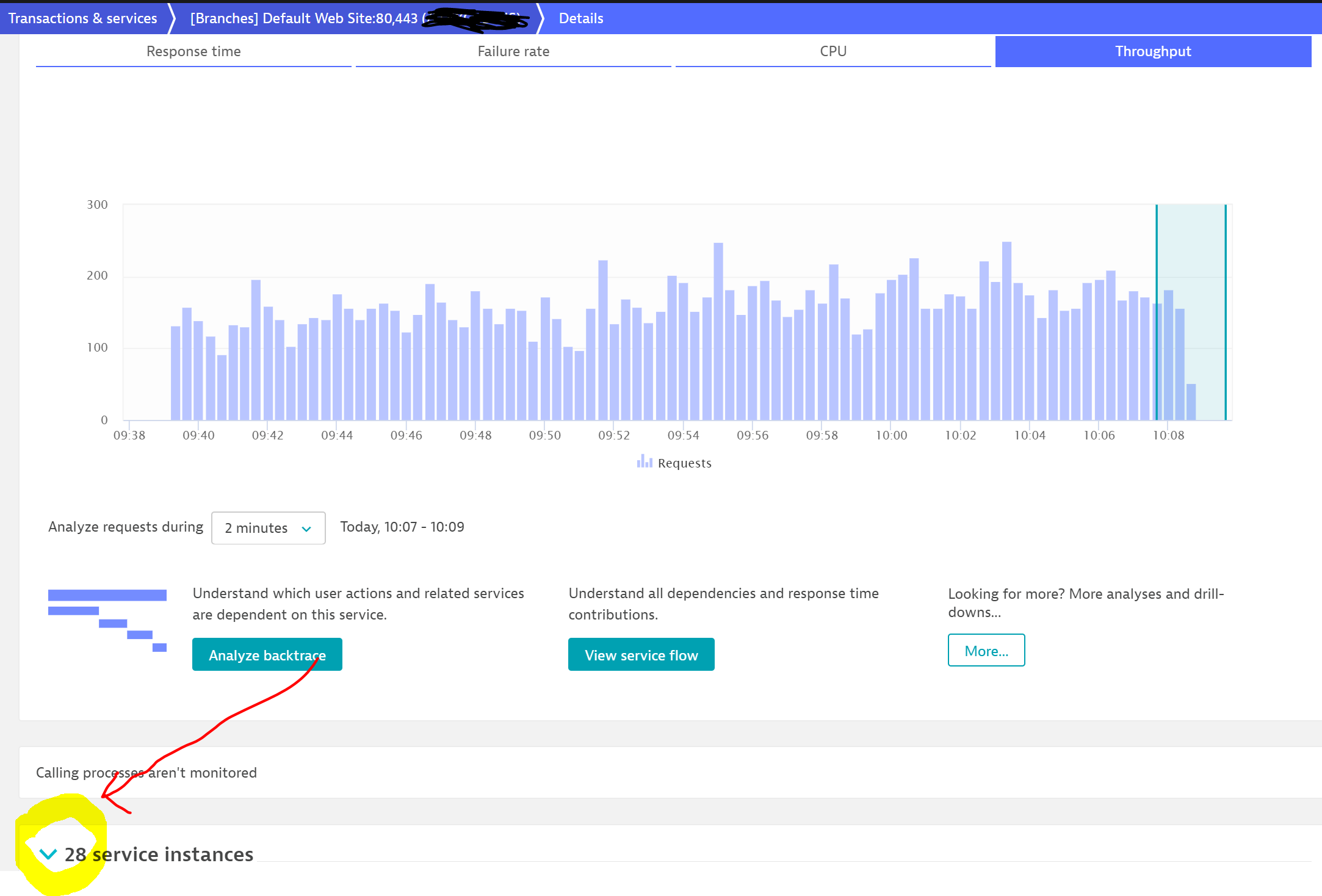 After click on the arrow to expand, you can see all underlying 28 instances are load-balanced or not.

The best answer here is - it depends, based on the process group detection rules.

By default, unless you use DT_NODE_ID variable or a custom process group detection rule, that will determine the instance id (aka DT_NODE_ID) the newly started process will be part of the existing process group instance on the host and you won't be able to distinguish between those two instances easily. You can see it for example in the process metadata in the command line parameters you will have both command lines, separated by a comma. But in terms of Dynatrace it will be handled as one process group instance.

If you are using such configurations (two or more instances of the same "process group" on one host), you should use either the DT_NODE_ID environment variable or a custom process group detection rule.