easyTravel - One step to happiness

easyTravel is a state-of-the-art demo application for Dynatrace. It helps you evaluate or showcase Dynatrace with a realistic heterogeneous multi-tier web application.

easyTravel provides a web portal that allows users to log in, search for journeys to various destinations, select promotional journeys directly that are offered, and book a journey using credit card details.

Additionally, a Business-to-Business (B2B) web portal for travel agencies is provided where travel agencies can manage the journeys that they offer and can review reports about made bookings.

easyTravel is a multi-tier application implemented in .NET and Java. The starting of the various tiers and the enabling/disabling of different problem pattern plugins is done via a separate easyTravel Launcher.

The Launcher allows the user to conveniently switch between different demo scenarios. Each scenario can define load scripts and certain problem pattern plugins that are enabled. The scenarios can be modified or extended by changing an XML file. This is useful when giving demos and allows you to focus on problem areas that are particularly relevant for a specific demo.

Search and book a journey on the easyTravel web frontend with a realistic multi step booking process.

Start all the tiers of easyTravel and enable architecture and performance flaws by selecting a pre-configured scenario.

⚠️You should disable monitoring of launcher (com.dynatrace.easytravel.launcher.jar easyTravel (x64)) processes. Otherwise, there will be no connection between application and services. See steps below:

When connecting to the Dynatrace Managed server:

➡️Error during installation: "Error writing to file: UltiDevCassiniHttpRequestProcessor2.0.dll. Verify that you have access to that directory."

Ensure that Microsoft IIS (Internet Information Server) is installed and working and ensure that .NET Framework 2.0 or higher is installed.

➡️Apache HTTPD does not start, error "An operation was attempted on something that is not a socket" in error.log

This indicates that some other installed software interferes with socket network calls. A workaround is to add the following additional setting to the Apache HTTP config file at <installation_location>/apache2.2/plain_conf/plain_httpd.conf

For details, see the Apache Documentation.

You can disable compatibility mode by clicking the blue "broken page" icon so that it is displayed in gray again.

➡️.NET Applications do not fully start on an Windows XP or Windows Server 2003 instance

See easyTravel on Windows XP and 2003 for a detailed description of the problem and a number of possible workarounds.

➡️.NET Applications do not start - "An attempt was made to access a socket in a way forbidden by its access permissions"

This problem is likely to be caused by IIS running dotNetBackend and dotNetFrontend thus blocking the port the backend is trying to use. The frontend just gets assigned another port.

In 3.5.1 this can indicate that you need to update your Agent to the latest version in order to make ADK/C++ instrumentation work correctly. I.e. you should at least install the Update "April 2011", make sure to also update the agent dlls as well.

This problem is likely to be caused by multiple network interfaces (e.g. from VMWare) on the easyTravel host. To override the host auto detection for the iOS App download configure appleMobileHost in C:\Program Files (x86)\dynaTrace\EasyTravel\resources\easyTravelConfig.properties to the IP address of your easyTravel frontend.

➡️iOS easyTravel App does not install due to connection error

You are getting an error like "Cannot connect to x.x.x.x" or "Cannot install applications because the certificate for x.x.x.x is not valid". This problem is caused by apple by requiring an SSL-Connection to install the app via direct link. You have install the self-signed SSL-Certificate, which can be found in the “iOS App Installation”-section on the "About"-page.

The overall architecture consists of:

The easyTravel Launcher starts up all the processes for the different tiers and also allows a user to enable/disable different problem patterns - known as plug-ins. A configuration of running processes and plug-ins is called a scenario.

In order to focus the demo to the interests of the audience, the scenarios are grouped. By default the easyTravel Launcher offers two scenario groups:

Sometimes the default scenarios and groups may not fit your needs. Maybe your audience is not interested in .NET or you want to enable a certain plugin to demonstrate special Dynatrace capabilities. In this case, you have the possibility to set up your own scenarios and groups.

On the first startup of the easyTravel Launcher a default scenario configuration file is created. The scenarios.xml file can be found in USER_HOME\.dynaTrace\easyTravel <version>\easyTravel\config. In order to customize your scenario setup you can edit this configuration.

Since easyTravel for 4.2, you can put your scenario-definitions in a file userScenarios.xml in the config directory and thus avoid this overwriting.

The scenario.xml consists of nested group and scenario tags. The following excerpt shows a common structure:

Let's assume we want to define a new group with a single scenario. The scenario should run without B2B Frontend and the "SmallMemoryLeak" plugin has to be enabled in order to simulate a memory leak:

Procedures support a few specific settings and additionally allow to override any of the global properties that you have in the easyTravelConfig.properties file.

Specific settings are available for the following types of procedures:

Setting global properties on procedure-level via type="procedure_config" only makes sense if you have multiple procedures of the same type and want to set different settings for these or if you use multiple scenarios and one of them requires different settings. Otherwise it is probably easier to specify them in the global property file, ideally in a easyTravelLocal.properties in the C:\Users\...\config directories.

Questions? Comments? Add them below!

Hello Links to download EasyTravel is returning a error page. 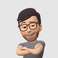 I am with @crazlaz
Links to download and also to readme.txt are not working, Linda. Please check and update the latest ones. That would be great to share the post with everyone.

Love more, hate less; Technology for all, together we grow.
4 Kudos
Reply
Go to solution

Hi, I am also triying to download EasyTravel and once I try to access the links it gives and error page.
Thanks

Would we put Customer Frontend, Business Backend, and Business Database components into different servers?  How will we update the application configurations please?

Hi, I've tried to run easyTravel on Raspberrypi 4 with Ubuntu 22.04. The installation process was successful but I was not able to run it because of an error:

Can easyTravel be deployed on Raspberry Pi? Did you have the same issue?

Yes it should work irrespective of its underline hardware until you are running the supported OS and the proper supported execution command for that respective OS.

Hi, I am trying to start the application on CentOs Linux 7 hosted on AWS(noGUI). Getting an error :

Can anyone plz provide a solution for this?

Hi... Can it be that it is a CentOs without UI only terminal? There is no Firefox installed and can not be used.

yes. Is there any way to start the app?

As far as I know a GUI is required to run and configure the app. Unfortunately I don't know a workaround (if any exists) to launch the app without a browser.

You can run the app by executing the runEasyTravelNoGUI.sh script located in the root directory, but no configuration options are available if you use this method.

What I have seen is that no browser traffic is generated this way, but you can access the easyTravel page by browsing to http://<your_easytravel_host_ip>:8079, which should load up the page and RUM data comes through.

Considering you are using a virtual machine... You can open ports 8094 and 8079 required for the application in your security group and access the application using the public_ip:8094 in any browser. By default it tried to locate firefox application irrespective of OS you use. I hope this helps.

Hi, I installed easyTravel on a centos on azure.
I would like that the loadgenerator is presented to the app towards the public IP instead of localhost.
Is this possible?
This would save me from doing manual traffic and creating synthetics to simulate it.

For completeness' sake and to help others who may have the same request, see the solution to this question here

Good day, can you help me to know what minimum hardware requirements must have the linux and windows servers for Easy travel to work without problems? Thank you.

Hi @Lufecita22, the memory requirement for the easyTravel components is around 800MB as measured on Windows using the default scenario, according to the table in the original post. Keep in mind that some scenarios may require more or less memory to run, it depends on what the scenario entails.

From my own tests, I'd say a bare minimum of 2GB memory on Linux, and 4GB memory on Windows. For both Linux and Windows, 2 CPU cores (vCPUs) should suffice. If you find that these values don't work, let us know your experience and settings 🤓

@andre_vdveen  I agree with you 100% and is the exact same experience I've had.  And those i would say are the absolute minimum (2GB Linux, 4GB Windows).  Anything less I get some very odd behavior from the system and moments of unresponsiveness, such that I've had to -9 the VM.

To be reliable, on Windows, I've had to run at 8GB.  8GB is costly so that means I can't run it all the time, instead only when I need it.  Even so, it's worth it, this is a really cool tool Dynatrace provides and happy to see are maintaining it.

Where can i find what versions of linux are supported?

Hello, the same thing happened to me with these two servers, can anyone tell us which versions of Linux are compatible?

I looked into that script and I can say that the Linux versions we currently support are:

I edited the script and added my version in.

I worked for me and I haven't seen any issues so far.