For example, in Applications, I just add the tier like this:

In Transactions, this is how I configured: 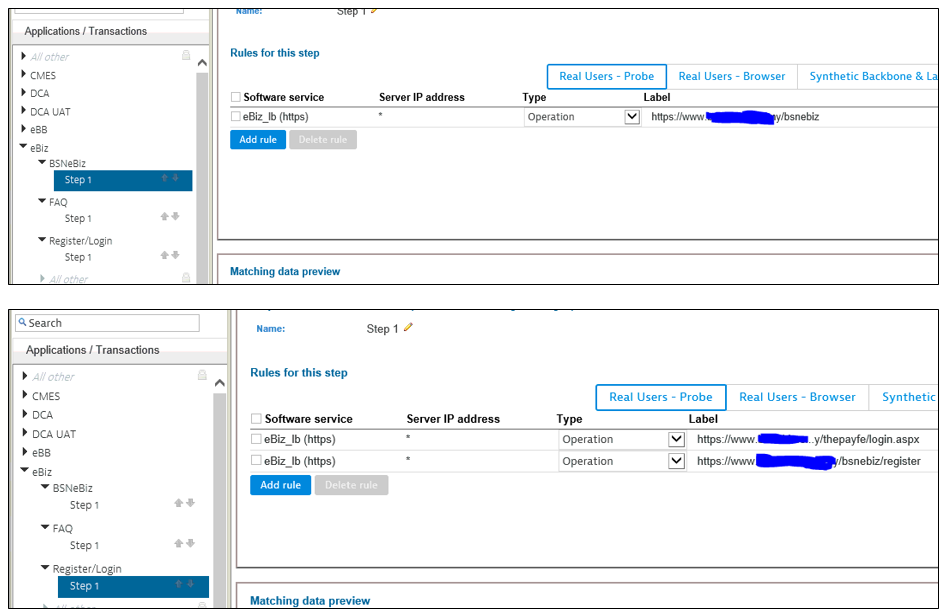 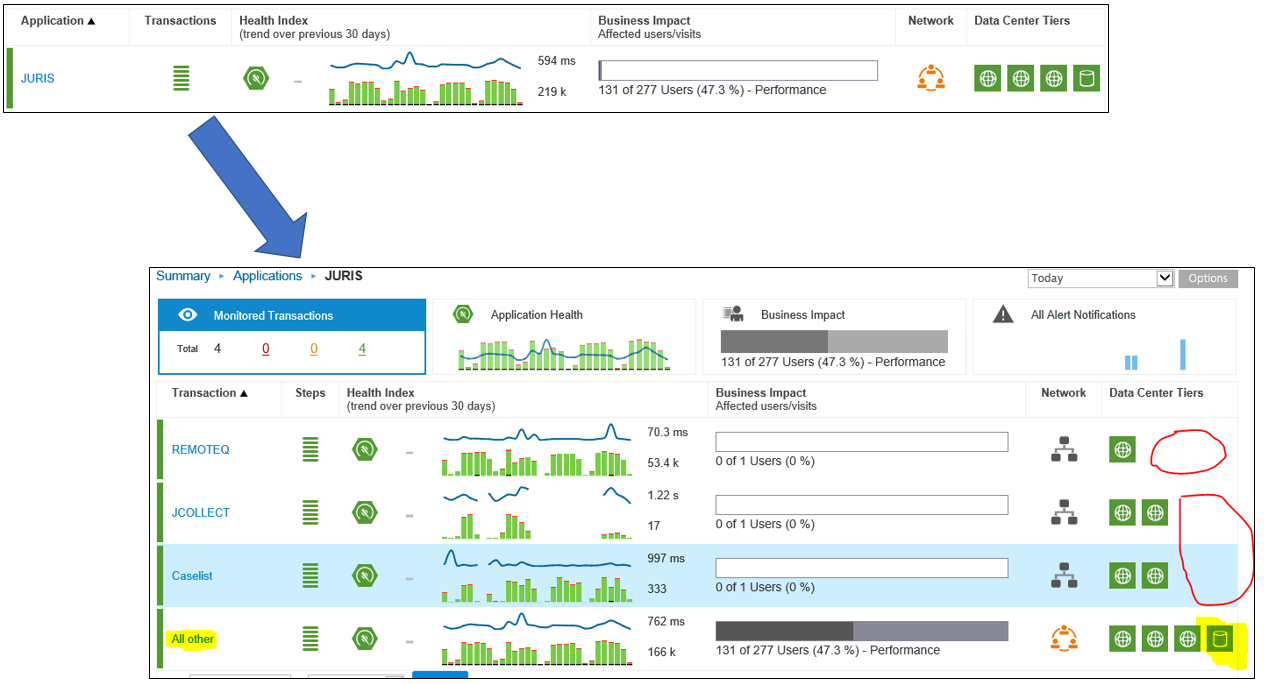 So, if I configure the db tier software service in the transactions level and put a wildcard in the operation there then it'll not be accurate because it represent the all query of db instead of only some of the query that called by the front-end URL that belongs to the transactions; On the other hand, if I want to configure only query that called by these URLs (instead of typing wildcard in the operation there), I have to get a tools like AppMon to know about it. Also, not to mentioned that the process of key in all related queries one-by-one is a nightmare.

Is there any way that can automatically show up the db tier icon in AHS and shows the status (red, orange or green) of ONLY the db query that called by the specific transactions. If there really, how do we go about this? what steps have I missed in my configuration? 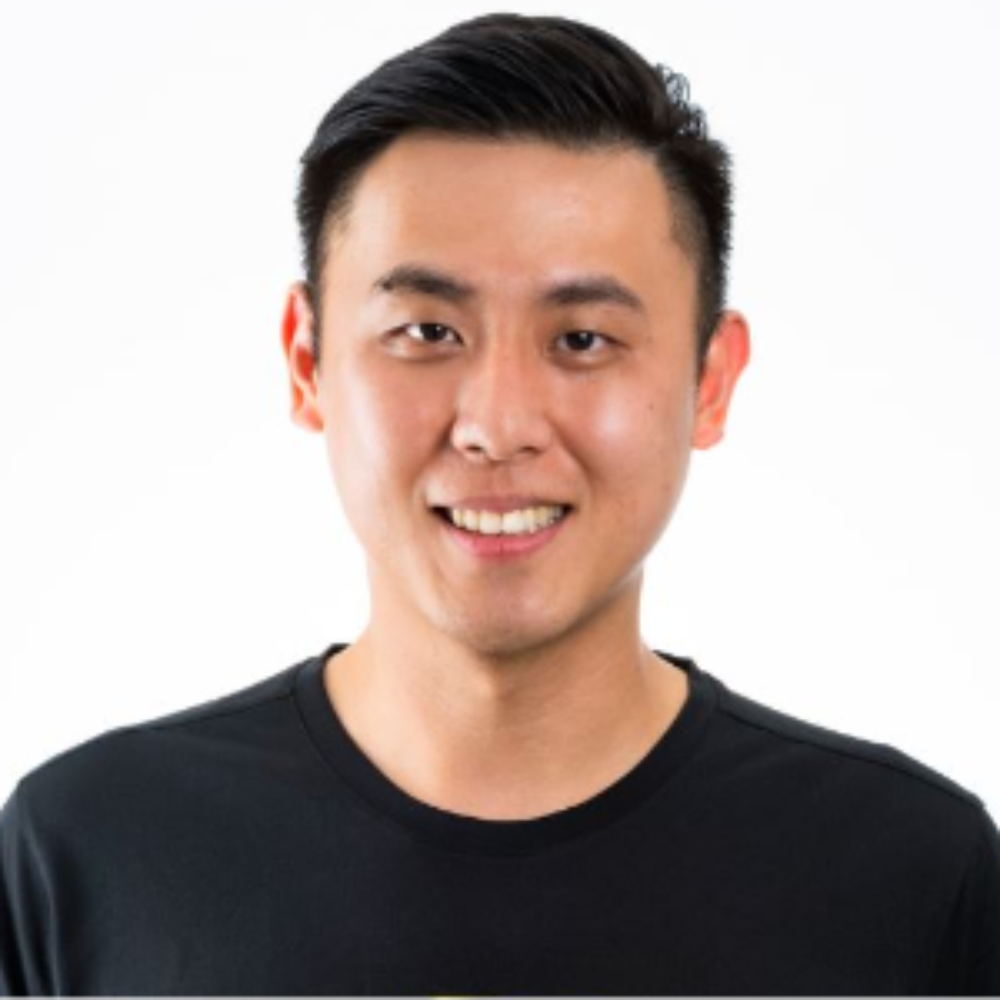 As you may already know, DCRUM monitors application performance from a network perspective, in other words, it looks at each tiers independently and thus it does not provide the "PurePath" perspective that AppMon can provide. It will never know what DB queries have been called by a web request in the frontend, unless the application team tells you that information so we can set it up in the transaction. This goes back to what DCRUM started out as - fault domain isolation. I would suggest to look this way: if there is a slowness for frontend servers, is it also happening to the backend? Then the slowness could have propagate out from the backend. If so, which queries are getting slow? Is it all of them or a handful of them? These slow queries might have something to do with the slow requests in the frontend. If only the frontend is showing slowness but not the backend, then we can just focus on the frontend part. Obviously, all these are not as clear cut as AppMon PurePaths can provide, but there are situations where AppMon is not available and we can only rely on DCRUM data.