(A question from @Shakti S.)

Currently
we are accessing the application from Stryker site which have MPLS setup. Hence
request going from Agent machine talks to local MPLS and consider that much
network time but in actual it will travel over the WAN and reach US where
server is residing. Now if we can have ALD enabled then we can get complete
network time from Client to server location. As if now it's considering network
time from user PC to local MPLS. With DNA we have to merge server and client
traces to get optimized WAN, but with synthetic monitoring we have to make ALD
enabled I guess and any other approach.

I guess I
am able to explain the concern. ADL under Node segment showing unknown for
server at first row with which application communicating.

I think I
saw a setting related to ALD in the Registry at the following location:

HKEY_LOCAL_MACHINE\SOFTWARE\Wow6432Node\Compuware\ClientVantage\CurrentVersion\Default
Settings\Application Vantage, value name “EnableALD”. If you set it to 1, it
should work. After changing it you have to restart all agent services. I don’t
know if there is a way to set it via GUI.

Made changes as mentioned, now will wait for some time to see if problem mentioned got resolved. Also will test by making ALD enabled at one machine and disabled on another machine and then will see the difference.

Just checked ALD not getting enabled. I stopped the agent services and then made changes to registry and then again restarted the services. Value again moving back to 0

Apparently it's controlled by one of the ESM components user interface. Let's wait for feedback from Enterprise Synthetic power users or support.

ok will wait for reply from power users and support. Look's like we are very near to fix the problem

For ALD to work it must be possible for the Agent to send a TCP SYN packet (connection request) to the server on port 2408 (configurable), and the server must respond with a TCP RST (because that port is usually unused).

If there is a network component between the Agent and the server which prevents this, then ALD may not work or show incorrect times.

You can find more information here.

Just to give you some background here-

With DNA if we have riverbed or wan optimization implemented
across any organization globally then we need to take client and server
trace and merge them to have network time in form of optimized WAN.

But now in case of Synthetic Monitoring we have only client
side trace and in that case I guess ALD should be enabled on agent machine from
where transaction running. As if now in Client trace server and client being showcased locally which is expected since WAN optimization there.

In my case I can relate with this statement which is part of the article- Without ALD, the network portion of transaction delay is included in the server time of the CNS Breakdown - since we can't determine the characteristics of the network path. So I would like to know how we can enable ALD keeping in mind we have WAN accelerators/Riverbed

For Synthetic Monitoring, ALD is used to estimate the
network’s contribution to response time. However, if you have WAN optimization
active on a given link, ALD will not work properly. Here’s a quick explanation
why:

In an optimized WAN environment, there are two ALD
scenarios, which would depend on how the WOC is configured.

1. ALD
traffic (on port 2408) bypasses the WOC. In this case, the ALD measurement
requests will traverse the WAN and measure the client-to-server latency.

2. If
the WOC is configured to optimize traffic on port 2408, the WOC may respond to
the ALD SYN request locally (at the remote site), measuring the latency between
the client and WOC, which of course would be artificially low.

In case 1, let’s say the network latency is measured
accurately at 100 milliseconds. DNA will attempt to apply this value as the network
round-trip delay. But some client requests are serviced by the local WOC (via
object cache or pre-population, for example). You might end up with a case where a client request
completes in 10 milliseconds, yet DNA is going to try to allocate 100
milliseconds to network latency. (You could end up with the case where a response arrives at the client before the request has been made.)

In case 2, the latency will be quite low; so low, DNA will not
attempt to adjust the resulting trace. In this case, the results would be the same
as having no ALD information; network and server delays are combined.

So the short answer is that, with WAN optimization, a remote
agent’s CNS analysis can only separate client delay from network/server delay;
it cannot distinguish between network and server delays.

In my experience, many – most, probably – of our customers
take the approach of using Synthetic Monitoring’s EUE measurement as a simple
response time metric, generally ignoring the CNS breakdown. If there is a
problem, then manual troubleshooting procedures are followed.

Some customers, however, take a different approach that adds
better insight to the source of delays.

Let’s first reiterate the CNS limitations in an optimized
WAN environment, which arise because the local TCP sessions are terminated at
the WOCs:

1. At a remote site, an agent sees the optimized network
WAN delay and server delay as one metric; it can only break out client delay as
a separate metric.

2. At the data center, an agent sees the optimized
network WAN delay and client delay as one metric; it can only break out server
delay as a separate metric.

1. Locate an agent in the data center. The response
time measured is an accurate indicator of application performance, but not of
network performance. Of course network performance to different remote sites is
important to you, so this is not a complete solution. (It can be a starting
point for synthetic monitoring, with good ability to “defend the app” in the
case of performance complaints.)

2. Combine measurements from remote synthetic
monitoring agents with the data center agent results. When a performance
problem occurs at a remote site, compare the remote agent CNS with the data
center agent CNS; you can manually approximate network delay from this.

There’s one additional important consideration. Ideally,
both remote and data center scripts should run at the same time – but there’s
no way to guarantee such synchronization. For problems that are quite
consistent, this isn’t much of a problem. But for intermittent problems, you
risk having one measurement catch the problem and the second measurement
capturing only normal behavior. Therefore, you should make sure the total
transaction times are similar before applying this approach.

@Gary K : Thank you so much for great and awesome reply. Always a learning when working with you.

Had a word with network team and they proposed if there any possibility to have realistic CNS if we setup a VM on Riverbed Sever (WOC). They told VM is possible on WOC. Let me know if this can really help us.

Waiting for quick reply and expert comments by you.

What Gary
outlined in detail above is: for CNS to be any useful, you have to apply some
manual troubleshooting techniques, because the pure ESM-side measured CNS won’t
give you the full picture. Depending on what you need exactly, you may have to
set up another agent on the remote site and then merge traces in DNA, if both
server and network times are to be meaningful.

In other
words, you won’t get reliable results from an agent running on one end only,
unless you’re fine with the client time metric only and decide to ignore the
network/server times, which will be invalid.

Looks like ESM not effective in conditions where Organizations implementing the WAN Optimization. In today's world almost every organization is moving towards WAN optimization hence what next step ESM technical team has planned to handle such issue and intact the effectiveness of this tool by providing CNS breakdown accurately.

(Pasting
the response from the related support ticket.)

I feel
sorry for your inconvenience, but I don’t quite see what you expect the product
to actually do. The explanations provided by Gary were pretty exhaustive in
that matter – would you like me to reiterate on any of his hints? There is
nothing magical about the product, it only performs calculations on the
available packet data and WAN optimizer solutions make requesting resources fairly
inconsistent and unpredictable.

It is
possible that some of the techniques suggested in the above Community post
could be implemented into the product for convenience, but the doability of
this is subject to the assessment of our system architects.

If you
believe you could use an improvement in the product to better handle some of
the WAN-optimized networks scenarios, please file an enhancement request, which
will then be evaluated. The place to put product enhancement requests is here: https://answers.dynatrace.com/spaces/436/view.html

Explanation which I have got from Gary really helped me in understanding the tool limitation in WAN optimization environment. Thanks Gary and support team. 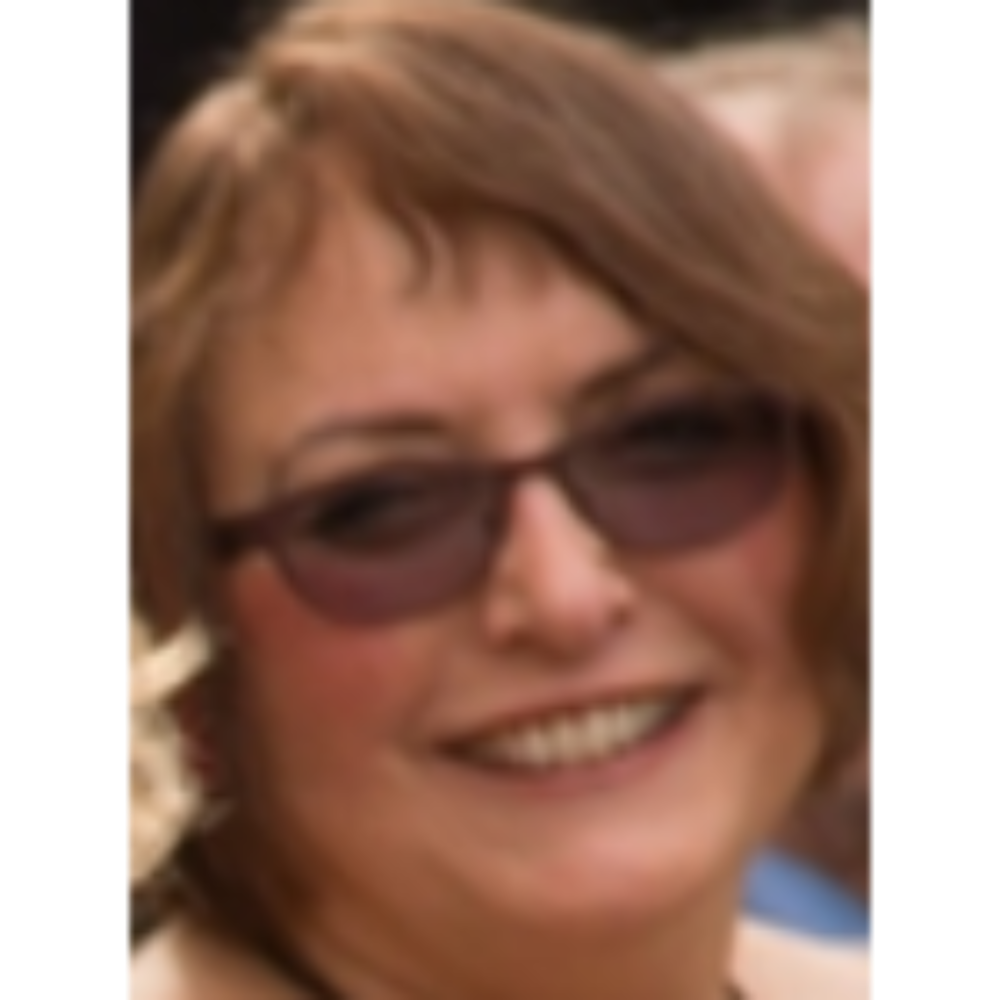