The most crucial information for optimizing the performance of a JVM is the allocation of memory heaps, knowing when the garbage collection activity suspends a process and how much memory was utilized during this cycle.

How can you see the real time JVM metrics for your application?

Dynatrace provides visibility into all the JVM metrics. This information is available for each Java process in the following way: 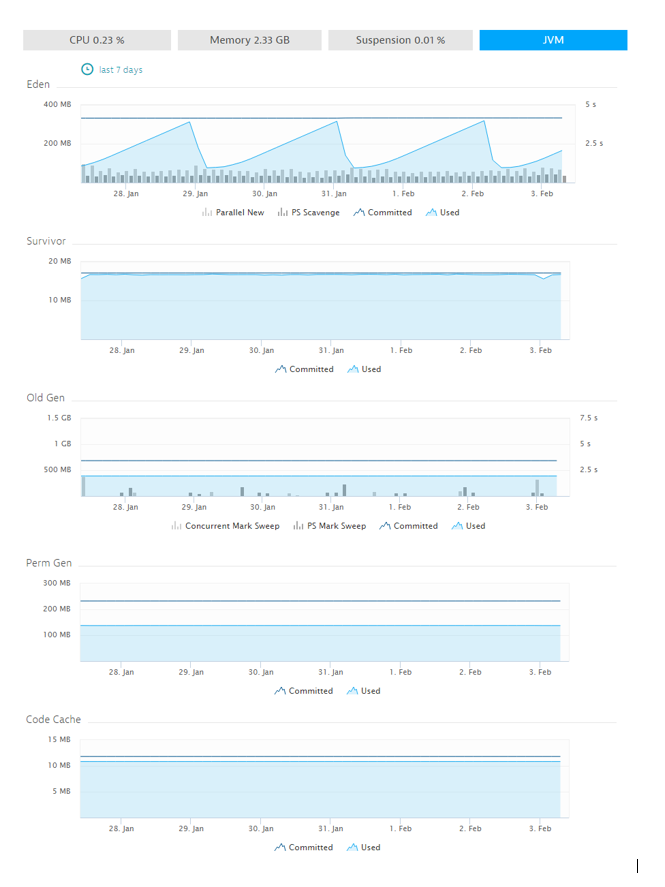 The memory pool sizes need to be configured for obtaining the optimum garbage collection behavior. In this blog post I will discuss the different memory pools how they affect the applications performance.

Eden Space: also known as Young Generation: This space contains all the newly created objects. Most of the objects get dereferenced or made unreachable soon after their creation.

Survivor space: The objects that were not dereferenced in the young generation will be copied to survivor space by the garbage collector.

Old Generation: The largest memory pool is for long living objects. The objects get copied to this space as they leave the survivor spaces.

Perm Gen: This pool keeps information about the applications classes. For most applications this space does not require any configuration.

Code Cache: The memory used for compilation and storage of native code. 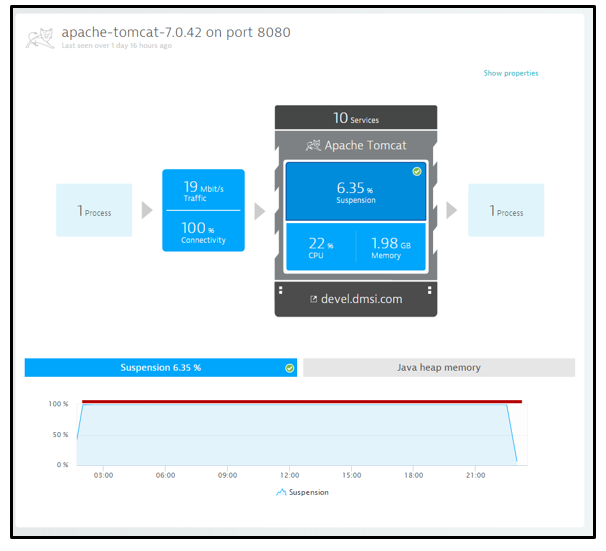 Large number of Major GC’s eventually lead to time out errors for the application. These are diagnosed by Dynatrace and are shown up as Garbage Collection Problems on the dashboard. If there are no problems reported, you can navigate to the Java process and click on the area showing Suspension on the infographic and get all the information.

Even if GC suspension doesn't slow down your app it might consume a lot of resources. Dynatrace also shows you how much CPU the GC is using as can be seen here. Dynatrace now covers CPU consumption for all GCs, even CMS.