Alert if any process on a host consumes over x% of CPU for a given period.

We have some application teams that would like to be alerted if any process on the host is consuming x% of CPU over a given period of time. For example, they found that there was an issue with one application in which it was running at 40% CPU consistently and when they reviewed the code they identified an issue with the code. They only caught this because they manually looked at the server because normally they would only get an alert if the CPU stayed over 80%.

You can set up a custom event for alerting in Settings > Anomaly detection > Custom events for alerting and filter on a specific process or set of processes. 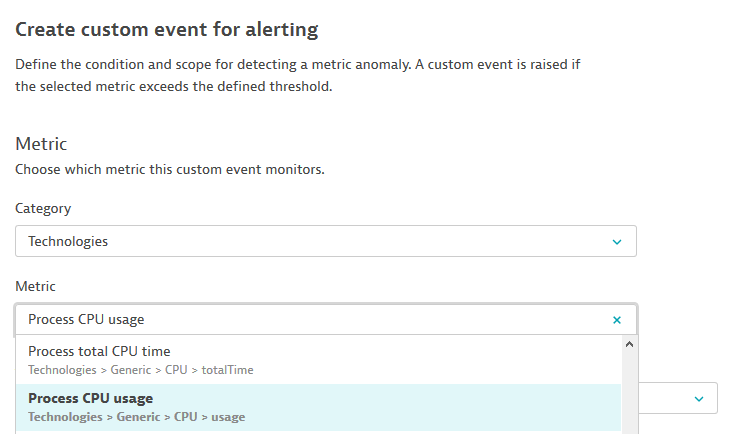