Dynatrace Community
FAQSign In
Turn on suggestions
Auto-suggest helps you quickly narrow down your search results by suggesting possible matches as you type.
Showing results for
Show  only  | Search instead for
Did you mean:

Announcing the Community Member of the Month for June 2020! 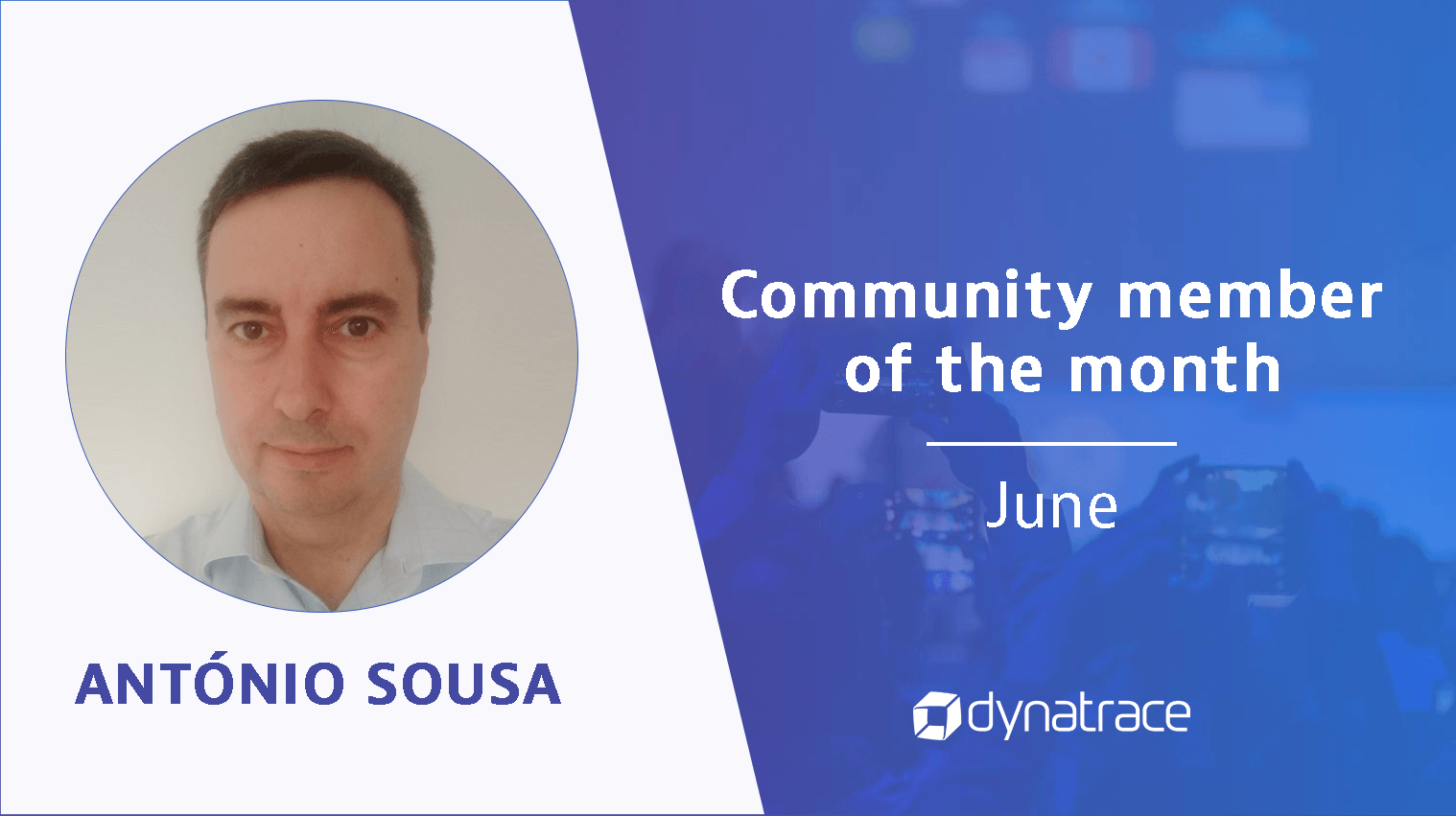 The weather outside is becoming outstanding, hope that it will bring energy to your lives and work. The winner for Community Member of the Month for June became very active on the forum lately. Both by asking questions and by answering them (18 solved problems just in two months!). Helping others should always be appreciated, so the choice for the Community member of the month in June was very clear. Let’s all give a round of applause to @Antonio S.!

Can you tell a little bit about your professional life? Where do you work and what do you do in your job?

My professional life started while I was still in a college. I have a Systems Engineering degree. I’m very grateful to a teacher that told our class in 1992 that WWW would be the future. I’m currently CTO at Marketware, a Portuguese company, and we are based in Lisbon. Fortunately, I get to do a lot of interesting work. Of course, a lot of work deals with performance and optimization of IT systems, but we also work in the Security arena. Indeed, these two domains are many times related and I can’t wait for what is coming in the near future concerning both of them! I get a lot of challenges from our clients and prospects, and Dynatrace helps us and our clients providing the most interesting experience to their customers.

What is your story with Dynatrace? Why did you start using our products and for what project?

I started using synthetic monitoring in 2002, with Keynote Systems. At the time, being able to sense so easily UX details was almost like magic. Keynote merged with Dynatrace in 2015, and I remember quite well our first meetings. I had to strategically decide going forward with a proven solution (AppMon) or the new Ruxit. Glad I went straight away with Ruxit! Our main projects involve helping companies deal with their internal IT applications. We do cover almost all the use cases that Dynatrace provides, and while having a strong UX background, we have currently very diverse client use-cases. 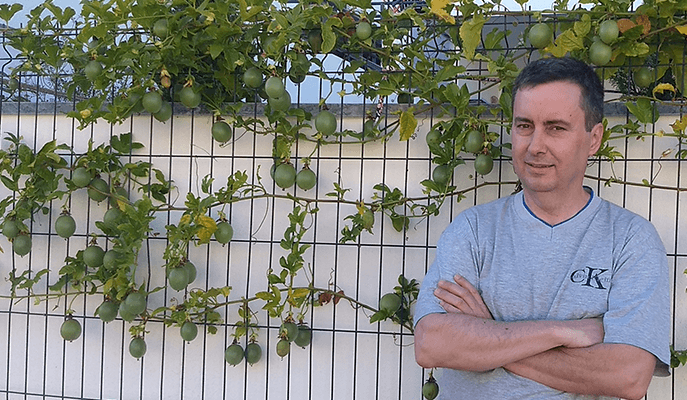 Have you ever had any interesting use case for Dynatrace product that you found out to be particularly intriguing? Could you tell us about it?

Many! Probably the most interesting experience was a PoC done at a Portuguese Bank. We were just starting, and they asked if we could test it on an RPA system, they were having problems for some weeks. I didn’t even know then what an RPA system was, but given its framework, it should work. They installed OneAgent pretty fast, and I went to a meeting room where the PoC kick-off was being conducted. After about literally 5 minutes, they came in asking if we already had any results? I was a little bit hesitant, given that I knew nothing about that RPA solution. But it would really be a blast if we could deliver in so little time. I accessed Dynatrace, and we found one of the problems immediately. They disappeared almost instantly but were back after about another 5 minutes. They had corrected the first problem, but it was still not working OK. So, we have dived again into the new requests that were coming in and were going through the data. At one point, one of the developers runs to the door and sprints away. I thought this was a little bit crazy, but he came back before we had discovered the problem. And then he said: it’s solved! What? He then proclaimed that he had spotted in the Dynatrace data that they were using database names with upper and lower case and that the database was case-sensitive...

In another case, an application was particularly slow. No one had been able to figure out before that it was an extreme GC issue. Pretty clear for Dynatrace from the first minutes. Eventually, we discovered that a total of about 32000 JARs were deployed, some of them repeated in hundreds...

What brought you to our community? What is your best memory about it?

I joined with the Keynote merger in 2015. In the first years, I would basically only read other’s experiences, including during the Associate Certification. A lot changed during this year’s Perform, where I realized just how big the Community was. It’s quite amazing just how many people help each other, and the amount of Dynatrace employees that are also constantly helping.

And how about your life outside the IT – what is your biggest passion?

I have a lot of interests, but not enough time for all. Travelling around and seeing new places is something I have loved all my life. But given the latest Covid-19 lock-down, the last time I went somewhere new was to Vegas and Perform! In recent months, I have been trying to get our backyard more interesting. Caring for all the plants is quite demanding, and one with the most success is our passion fruit. My wife loves them, and this year’s yield looks like it will be our biggest ever. For the first time, we’re also going to have bananas. We also have a lot of flowers, with our favorites being jasmine, roses, strelicias & bougainvilleas. I like tending our garden in a more sustainable way, harvesting rainwater, composting and using as little chemicals as possible.

It would also be great if you could share with us your favorite movie, song and/or a book. Let other Community members discover something new and interesting to watch/hear/read 🙂

My favorite movie of all time is War Games. I have seen it several times and it amazes me how current it can be, despite so many advances in technology. Also, a great fan of the Die-Hard series.

I love so many types of music. My favorite song is “Stairway to Heaven” by Led Zeppelin. I also love to hear & dance Salsa, and lately, I'm into Southern Rock. I’m sharing the following playlists that I have been compiling for some years:

Unfortunately, I haven't done a lot of reading. At the moment I’m starting to read “More from Less”, by Andrew McAfee. Despite the title, it is not professionally related.

Thank you so much for being here and for your story, Antonio! Also - for the Southern Rock playlist. There are a lot of bands there I always wanted to catch up with 🙂 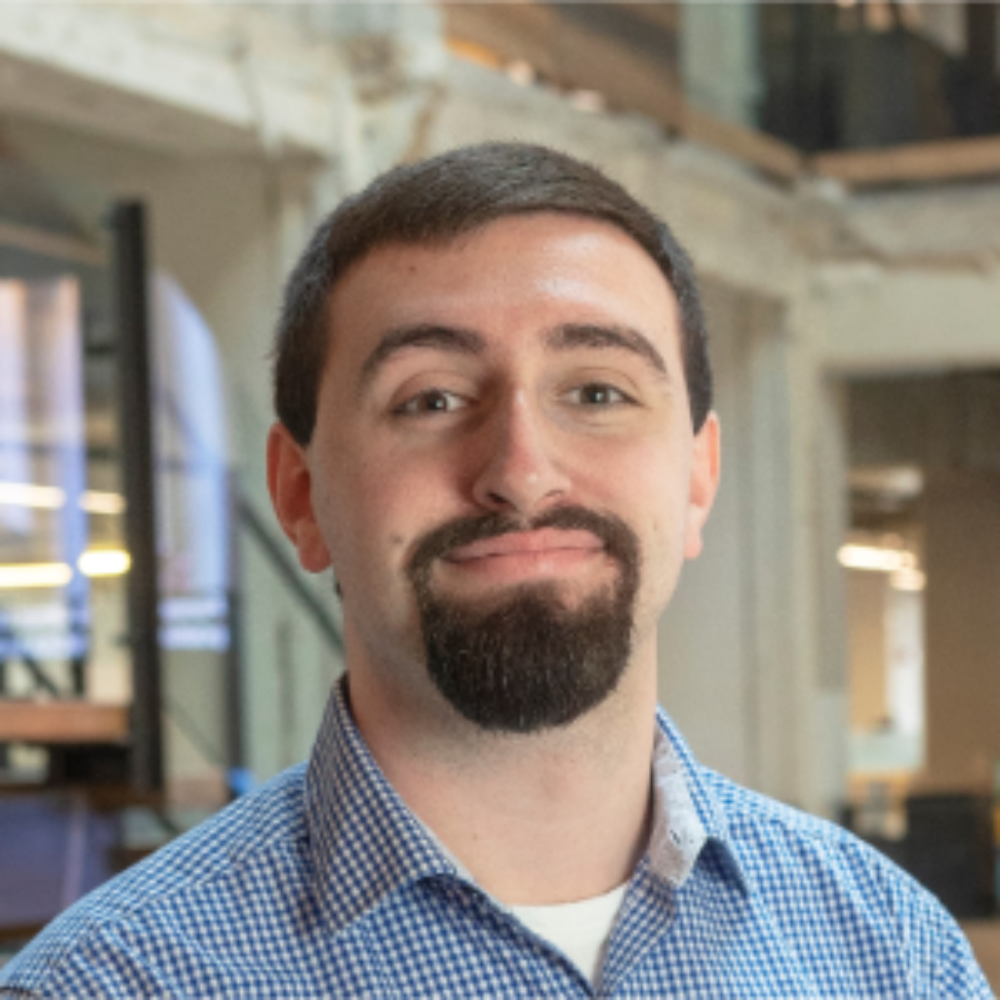 It's a great community, and I've been helped so many times, and now I'm giving back some help too. Thanks to all!

Congratulations and thank you for all your contributions, Antonio!