It only happens on some services, not all of them, again, as shown in the added picture.

Is there a way to explain or sort out that situation? 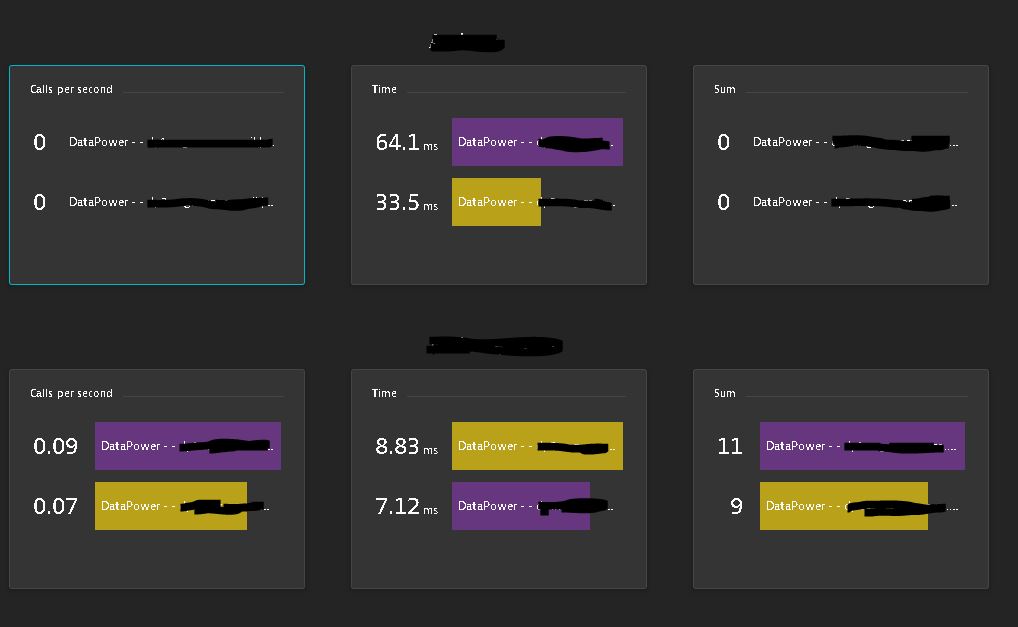 DataPower does not supply decimals when reporting the number of calls. As we poll once every minute there needs to have been at least 60 requests in the previous minute to get something else than 0. Are you sure that is the case for the service?

But as you can see in the picture it did capture 11 and 9 calls for the lower service, much less than 60, how come?

If there have been 60 transactions per minute the number of requests per second is 1. You've got 11 minutes in your timeframe with an average of 1 request per second (or 4 minutes with 2 requests and 3 minutes with 1 request for example, which sums up to 11).

I'll improve it in the next version to be the number of requests per minute and have Dynatrace store it as such instead of a count.

Thanks for the feedback!

Thanks a lot for your help!

when will the next version come out and where can we follow it?

I just released it.
Please open a support ticket with this issue, reference this thread and support will send the new version. We're still working on an automatic distribution method.